How to connect through remote desktop

Learn how login to your server from smartphone.

This article will show steps for initialization of Remote Desktop Connection (RDP) by using Android mobile device. They are valid for all Android versions from oldest Cupcake up to newest Android Q. The Android[2] software which we're using for connection have name "Microsoft Remote Desktop". As the name suggests, comes from Microsoft Corporation which are authors of remote desktop protocol (rdp)[1]. This is the official way for remote access to server. All other Android remote connection applications like LogMeIn, TeamViewer, Remote admin, VNC and etc are not officially supported connection paths for remote desktop access. They are developed by 3rd parties. That's why they are unreliable. They cannot guarantee the security of your connection. Of course you can use all of them at your own risk. These Android remote access programs are out of the scope of this tutorial. Let's start.

1. Install "Microsoft Remote Desktop" on your Android device, from the Google Play. 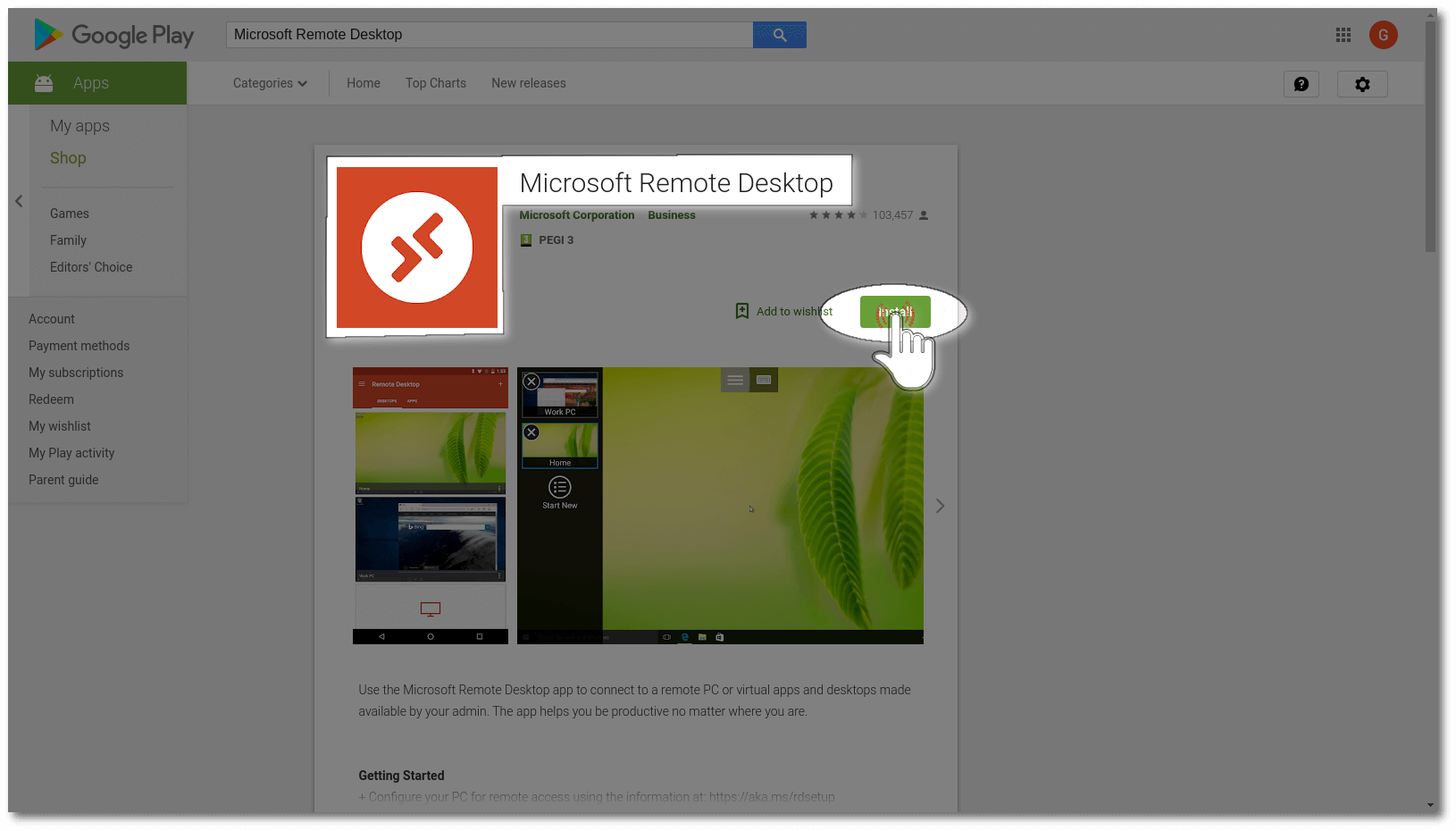 3. Fill the fields "PC Name" and "User name" with remote access information received in your welcome email. Once you're ready, click on "Save" button.

5. Then for few seconds will see this screen with text "Initializing remote connection". Then will access the remote desktop of your server.

Successful connection. If the above steps were executed correctly, now you'll access the desktop of your server from your Android smartphone. 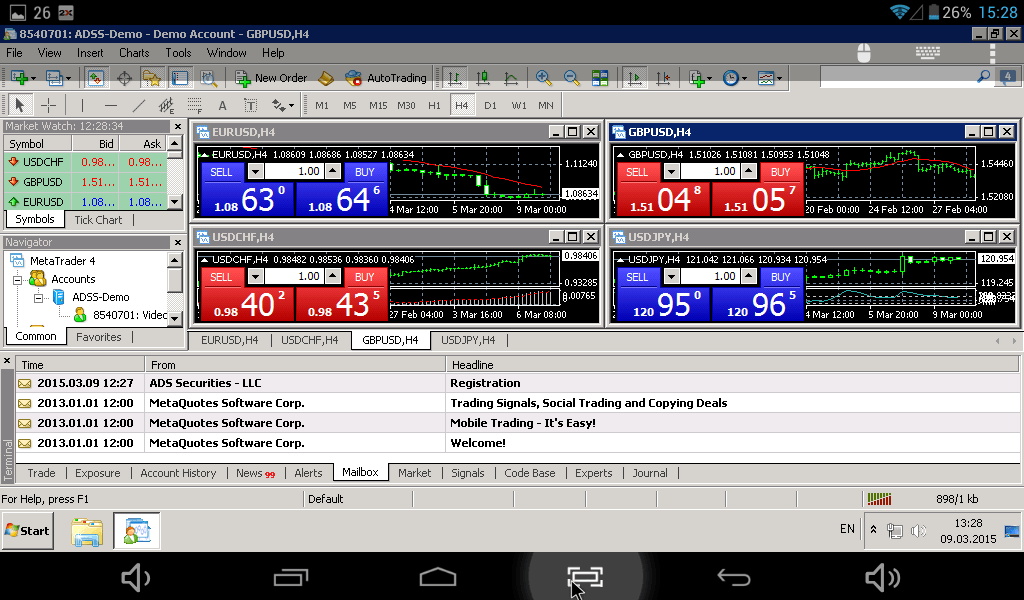 Depending on your Android security settings, at rare cases after Initializing connection, you may see this window.

If you are from the few, who saw this window, put check-mark on "Never ask again for connection for this PC". Then click on "Connect" button. In this way, next time will not see this message.

Bookmark the permalink as future source of information.

At the left navigation menu you will find links to additional useful articles, that will help to make the everyday use of easier. They'll teach you to utilize the power of the server.

We are constantly updating that section with new tutorials.

Enjoy of the reading!

See the above steps on a Full HD video. Play the clip from NextPointHost official YouTube Channel:

2.^  Android is a mobile operating system developed by Google. It is based off of a modified version of the Linux kernel and other open source software. The Android is designed primarily for touchscreen mobile devices such as smartphones and tablets.  In addition has developed Android TV for televisions, Android Auto for cars, and Wear OS for wrist watches, each with a specialized user interface. Variants of Android are also used on game consoles, digital cameras, PCs and other connection electronics. Initially developed by Android Inc., which Google bought in 2005, Android was unveiled in 2007, with the first commercial Android device launched in September 2008. The current stable version is Android 9 "Pie", released in August 2018. Android developers released the first beta of the next release, Android Q, on Pixel phones in March 2019. The core Android source code is known as Android Open Source Project (AOSP), which is primarily licensed under the Apache License. Android is also in connection with a suite of proprietary software, called Google Mobile Services (GMS). They frequently comes pre-installed on devices. This includes core apps such as Gmail, the application store/digital distribution platform Play Store and associated Play connection Services development platform, and usually includes the Chrome web browser and GSearch app. These apps are licensed by manufacturers of Android devices certified under standards imposed by Google. But AOSP has been used as the basis of competing Android ecosystems such Fire OS, which use their own equivalents to GMS.